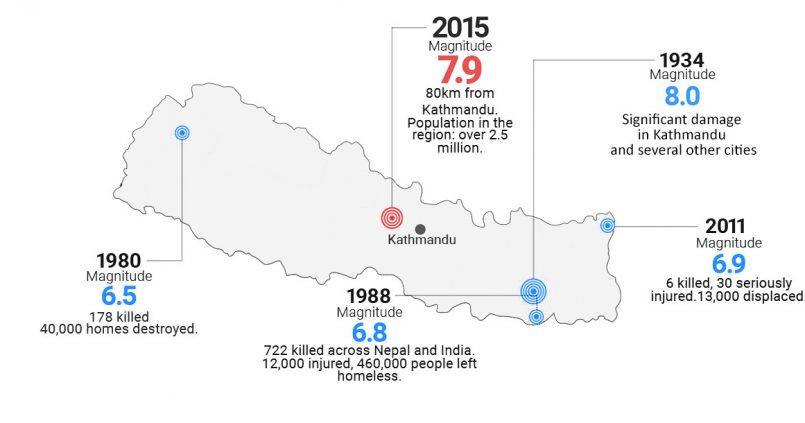 KATHMANDU, Nepal–After 30 hours of flight over Afghanistan and Iran, my plane was put on hold over Kathmandu airport. I was sitting next to a BBC producer and she told me she’s been in the air for the past three days trying to get to here. She was turned back twice because the airport was shut down.

I met up with Sandeep Shah, who heads our India office, at the crowded airport, where international rescue crews and police units gathered everywhere making plans. I told everyone on our team to bring a change of clothes, seven days of MREs (meals ready to eat), a water filter, a dust mask, construction boots, a head-mounted light, an international mobile phone, a hardhat, a rain jacket, seven days’ worth of power bars, a day pack and anything else needed to be independently sustainable, except for water.

Kathmandu was dark and quiet. We drove quickly through the city to our small hotel.  We are the only new guests today and the hotel’s small garden was occupied by tourists stuck in Nepal who were afraid to sleep inside. How ironic that two structural engineers opted to sleep indoors while the rest stayed out, fearful of aftershocks. Tomorrow we will assess the whole town, including a children’s school, and have several meetings with the UN, NGOs and others planned. We have a long day ahead of us. 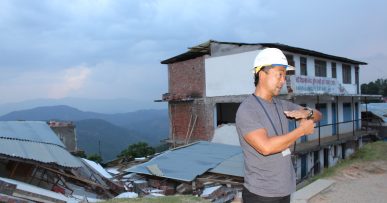 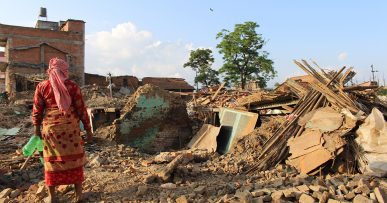 Godawari: Damage Assessment of an Orphanage, and Tea

We are committed to #puertorico recovery, long-ter

As we look past the most consequential events of o

@heimatclub has arrived. The retrofitting carried

This year we dedicate #WorldHumanitarianDay to the